The Strawberry Cheesecake Cupcakes have been such a huge hit that I decided to make them again for a party my family had over the weekend. When my mom told me that I should double the recipe, I thought that I would try one batch with the original recipe and the other batch using a different type of fruit. I decided to go with blueberries.

My 14-year old cousin, Belle, came over to help me make the cupcakes. She had never made cupcakes from scratch before, let alone a double batch, so she was in for a surprise! First we made the batch of strawberry cupcakes, rested and ordered a pizza and watched "Walking Dead." Then we started on the second batch of cupcakes with the blueberries.

I originally thought that 4 dozen cupcakes (2 strawberry and 2 blueberry) would be way too much, but between people eating them and taking them home, we ended up with less than 10 leftover! So I guess it is a good thing I doubled the recipe!

The blueberry cheesecake cupcakes came out just as good as the strawberry ones! The blueberries were slightly less sweet, so they weren't as rich. The blueberry cream cake part of the cupcake actually taste a lot like blueberry muffins, which I loved!

Substituting the blueberries for the strawberries was a good idea! These cupcakes are definitely worth sharing and being proud of. These blueberry and strawberry cheesecake cupcakes are still one of my favorite things that I've ever made. You can bet that I'll be making these again and again, and will be one of the most requested goodies that I'll probably ever receive! 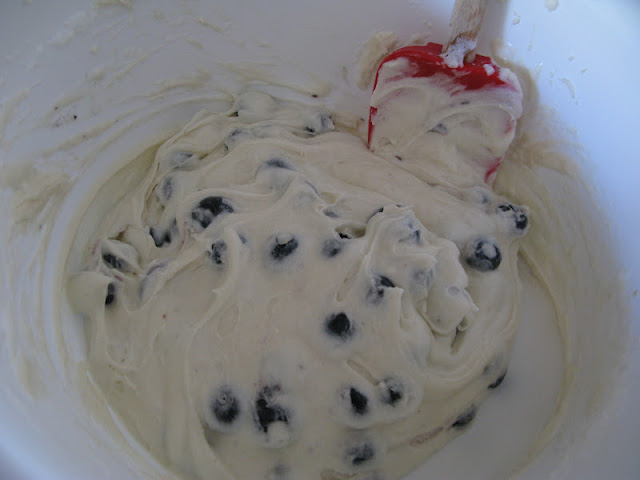 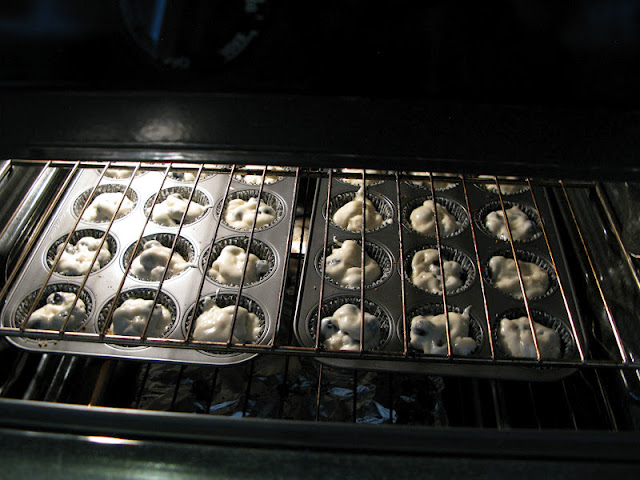 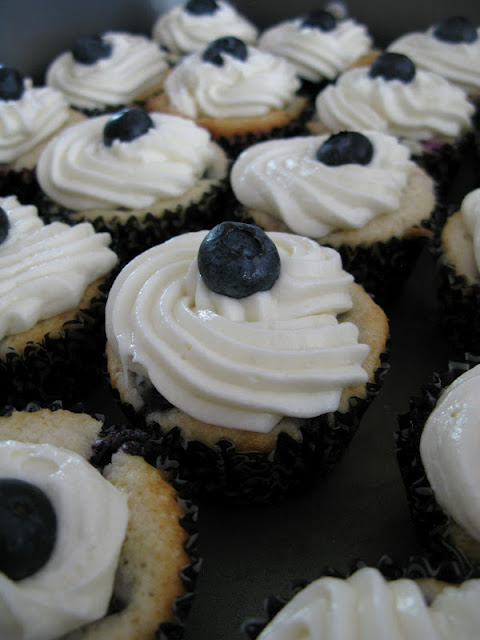 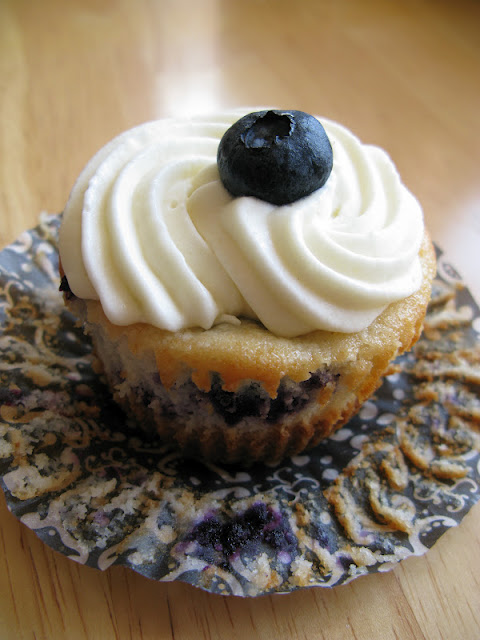 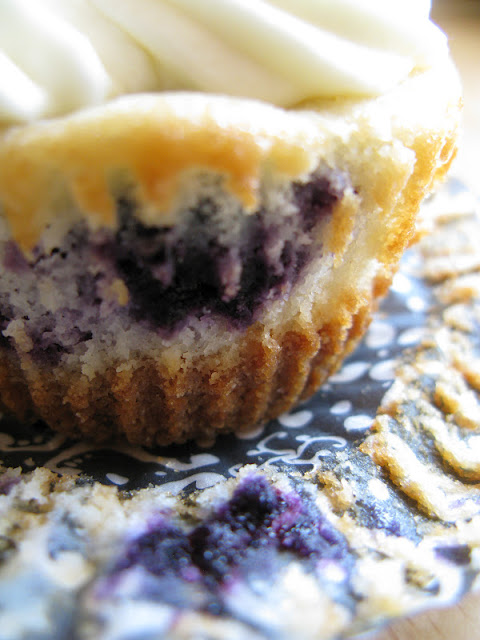 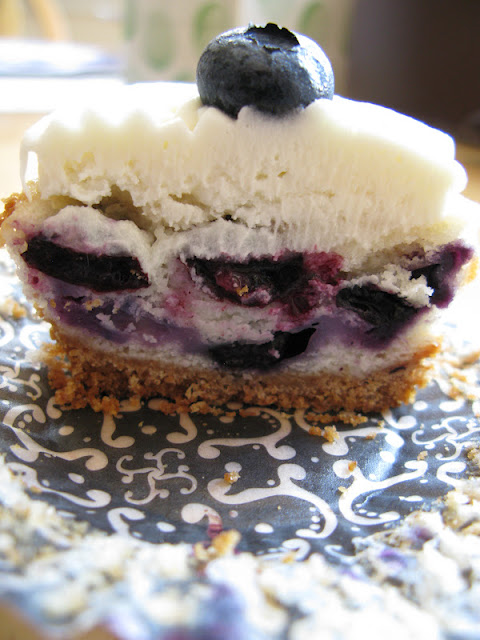 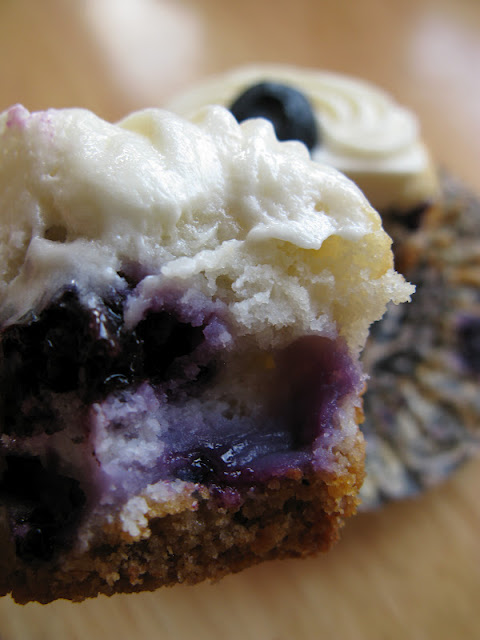 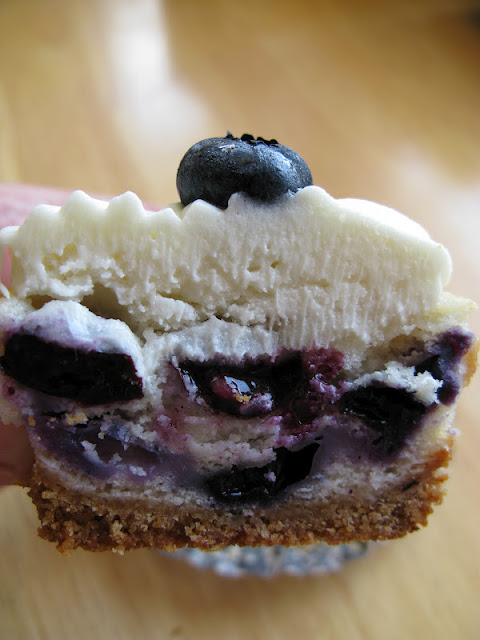 Blueberry Cheesecake Cupcake
Adapted from The Girl who Ate Everything

Instructions:
Preheat oven to 350 degrees (For high altitude, I decreased the temperature to 325) and line 16-18 muffin tins with cupcake liners. (I got 24 cupcakes out of this recipe.) Mix graham cracker crumbs with butter using a food processor. Sprinkle about 1 tablespoon of the crushed graham cracker into the bottom of each prepared muffin tin. (I ended up getting about 3 Tbs per cupcake, which worked out perfectly.) Press down using fingers and bake for 3-5 minutes or until slightly browned. Remove immediately from oven and set aside to cool.

Gently fold 1/3 of the egg into the batter until combined, do not over mix the egg whites or the cake will fall flat. Add remaining egg. Toss the 2 c. of blueberries in a couple tablespoons of flour, this will help prevent them from sinking to the bottom of the batter while they cook. Fold in the blueberries into the batter. Fill each muffin tin about 3/4 of the way and bake for about 20 minutes depending on your oven. You can test to see if they are done by sticking a toothpick through the center, if it comes out clean it is ready to take out!

For the cream cheese frosting:
In a large mixing bowl, beat the cream cheese, butter and vanilla together until smooth. Add the sugar slowly in small batches, beating on low speed until incorporated. Once all sugar has been added, increase the speed to high and mix until light and fluffy. Refrigerate for 1 hour. When ready to serve, spread icing on cupcakes or use a pastry bag with a star tip. Garnish with a fresh blueberry in the center and refrigerate until ready to serve.