August has been a whirlwind month for me. I can't believe the month is almost over. This is only my third post this month. And only my second recipe post this month. Here's what I have going for me this August: I turned 30! On the same day as my birthday, I started jury duty. Tomorrow I start graduate school for my Masters of Public Administration. (Scared about that! I haven't been in school for seven years.) And, I'm going to be in Albuquerque the Magazine's September issue featuring one of my recipes! I'm also trying to plan a BBQ to celebrate that as well. And I'm still working full-time. Not to mention the hours upon hours I've spent on the phone with Comcast to try to resolve an error they made which I've been trying to get them to fix for two months (I should really send them a bill for my time). August isn't even over, and I already need a vacation. And it's no wonder why I spend some of my Saturdays watching 12 hours of Hallmark or Lifetime (much to Joe's disappointment/amusement). ;-)

There are times when everyone finds themselves tired or with less time to make a meal. I'm a really slow cook, so it seems like everything takes double the time it's supposed to. Marinades seem to be a great solution for quick cooking, especially when the marinade only takes minutes to prepare and only 15-minutes to marinate! I found this recipe of G. Garvin's "Make it Pure Simple" awhile back and made this the other night. While the chicken was marinating, I was able to chop up veggies and start preparing them for our side dish. I'm also not very good at "cleaning as you go," but I found that I was totally able to do that with this dish. So it didn't take me hours in the kitchen preparing and cleaning like it usually does.

This marinade is packed with flavor! Mustard, Worcestershire sauce, lemon and lime juice, and dried rosemary all blend together perfectly. I've mentioned before that I'm not a huge mustard fan. I really don't care for the regular mustard in the yellow container (with exceptions!), I have discovered though that I do like the stoneground or whole grain mustard. It's much more mild and a little sweet, which I prefer (go figure). So, now, when recipes call for Dijon or regular mustard, sometimes I'll substitute stoneground instead-- which I did in this recipe.

Now with school starting, I'll have even less time and I'll probably be relying much more on recipes like this, including this one. 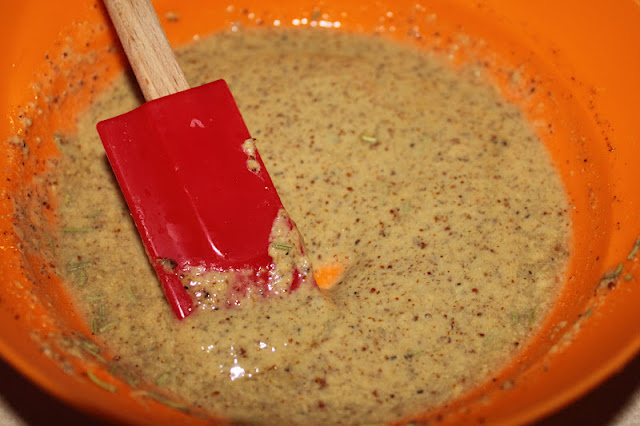 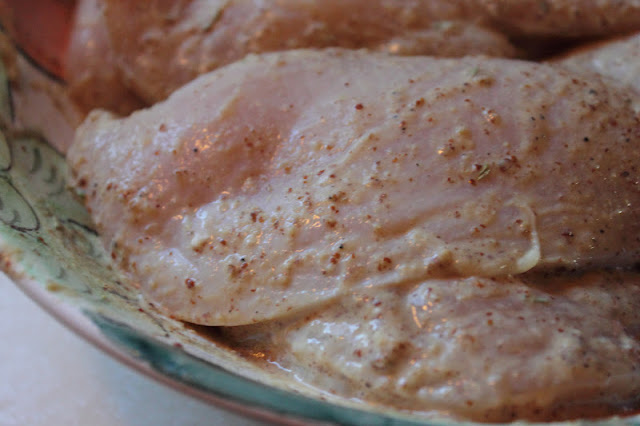 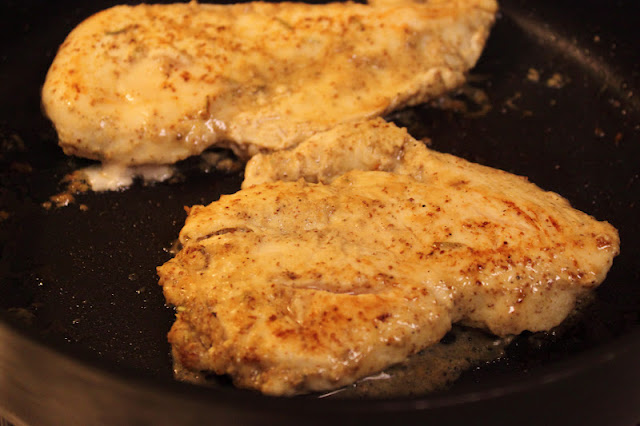 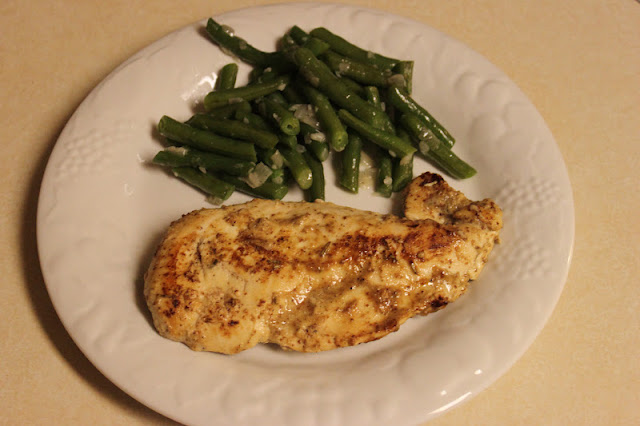 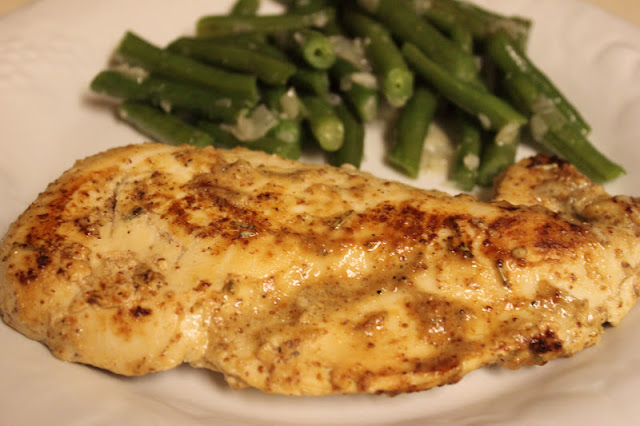 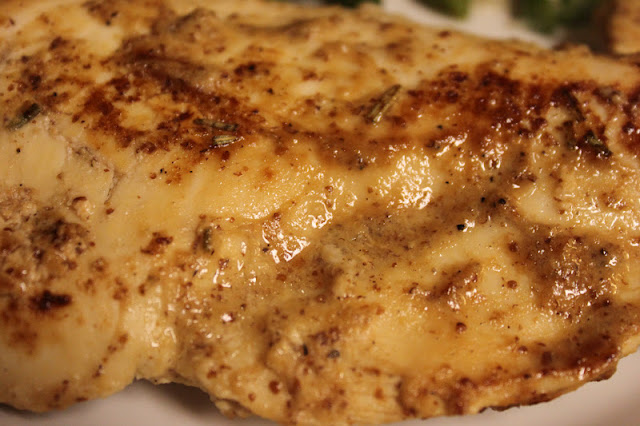 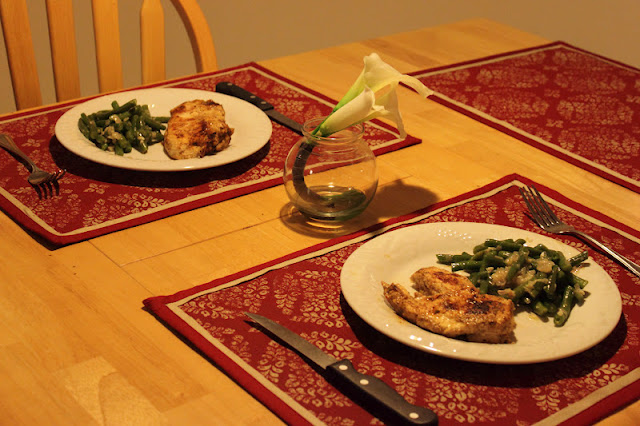 Season chicken with salt. Spread mixtures on both sides of each chicken breast half. Place in a bowl; cover. Marinate in the refrigerator for at least 15 minutes or up to 3 hours.

Place chicken on the rack of an uncovered grill directly over medium coals. Grill for 12-15 minutes or until done (170 degrees Fahrenheit), turning once. (We were getting rain, so I couldn't use the grill. So I ended up just pan-frying the chicken and it stilled turned out yummy!)