This week I prepared an amazingly fast and delicious meal that I got from Jen at Juanita's Cocina, which is one of my favorite blogs that I read religiously. She tells some of the greatest stories which complement the yummy food that she shares. This is her Spicy Bang Bang Shrimp recipe that only contains a few ingredients and takes no time in the kitchen to prepare. Shrimp = shrimp and cornstarch. Bang Bang sauce = mayo, sweet chile sauce, and sriracha. So easy!

I originally saved this recipe because it reminded me of my brother Eddy because he puts sriracha on everything. No joke! That's his hot sauce of choice. Mine? It's Cholula. You'd be amazed how much Cholula I use in one sitting. But Cholula's not for these tacos, so I had to go out and buy my own first bottle of sriracha.

I wasn't really sure how much shrimp was in a pound, so I estimated about 25 shrimp. Joe looked at the shrimp I had thawed and asked if that was enough. I prepared dinner and, yeah, it only made like four tacos. I was fine with two tacos with about 6 shrimp each. Joe stretched out his shrimp to make four tacos, but it only gave him three shrimp per taco, haha. So yeah, you need about 50 shrimp. This also meant that we had a ton of extra sauce leftover, so I saved it and made it again for dinner the next night. Both nights Joe was very impressed with how fast dinner was on the table.

I also discovered a cool trick to take off the tails of shrimp that's already been shelled and deveined-- simply squeeze the fleshy part of the tail and it will just slide out. Did not know that. Did you?

This meal can also be made gluten-free using corn tortillas. Make sure that your ingredients don't contain gluten or don't have gluten hidden in them. Besides the corn tortillas for Joe, I didn't really alter the recipe very much. We're not a cabbage family, so I just used baby spinach in place of it.

I think Eddy would love this recipe and next time I make this, he'll have to come over and give his verdict! Because it's so fast and flavorful, I have a feeling this is going to become a staple in our house. 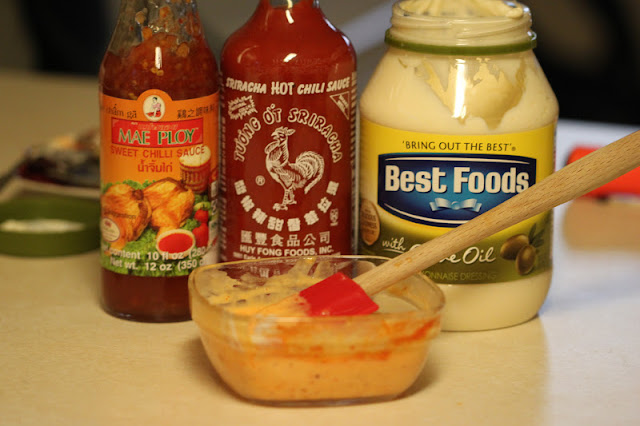 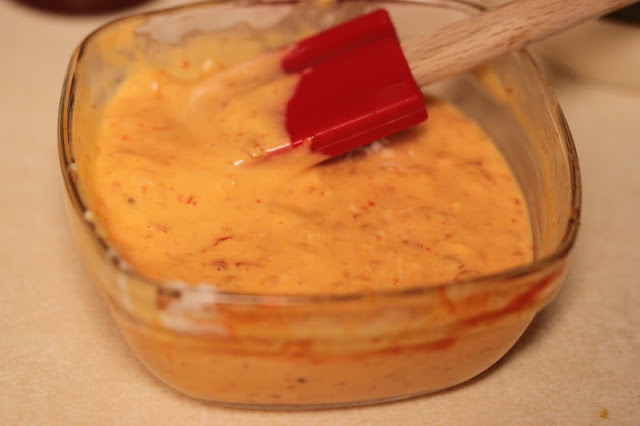 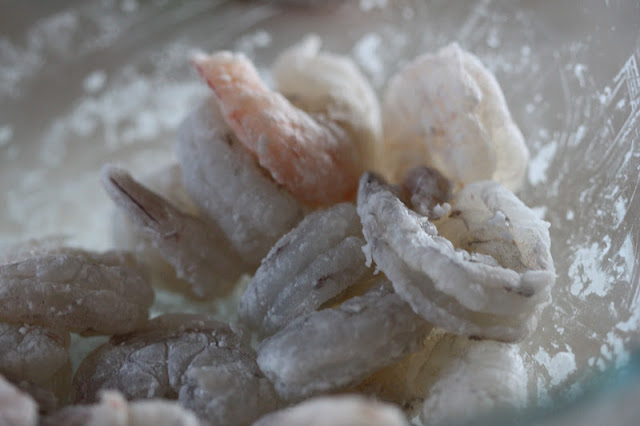 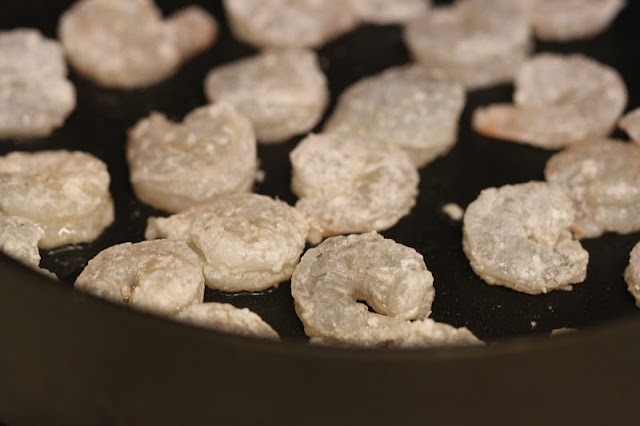 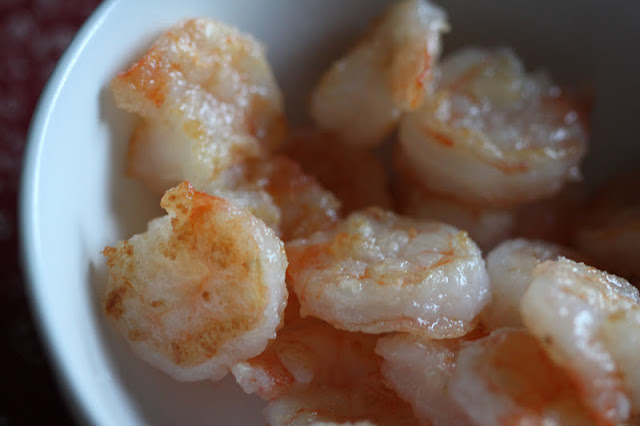 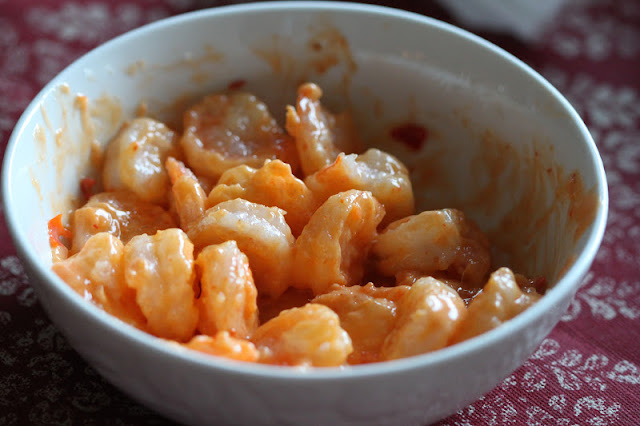 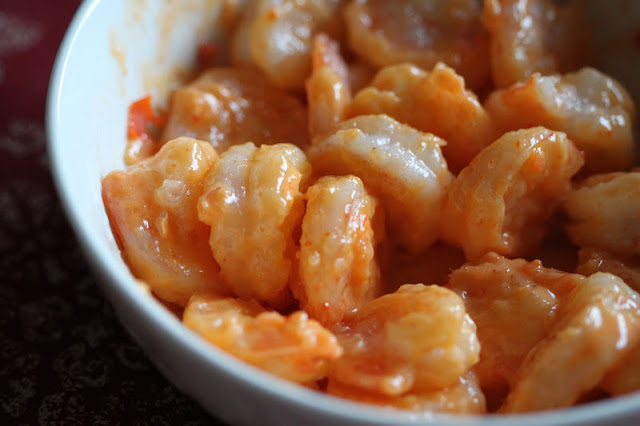 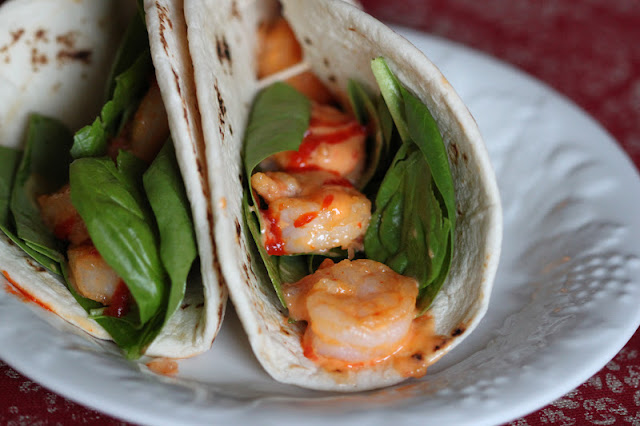 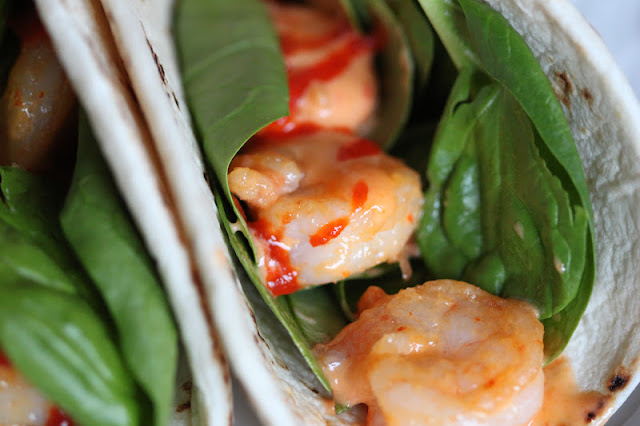 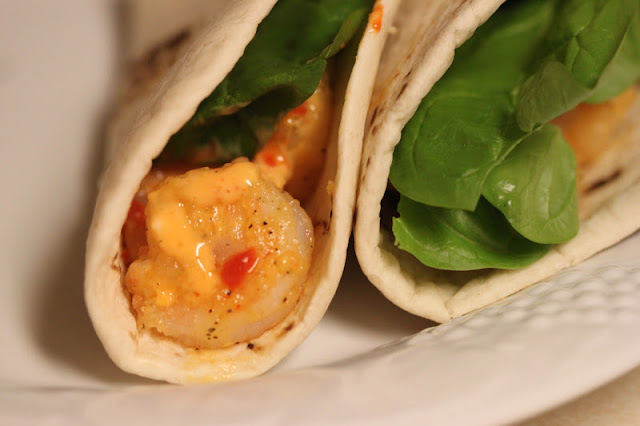 In a bowl, combine the mayo, sweet chili sauce, and Sriracha. Set aside.

Coat shrimp with the cornstarch, ensuring shrimp are all covered.

Heat a bit of canola oil in a large skillet. When oil is hot, add shrimp and brown on both sides.

Remove shrimp from the skillet and immediately toss with the Bang Bang sauce. (Since we weren't going to be using all the sauce, we also drizzled the sauce on top of our tacos too!)

Serve by placing shrimp inside of a tortilla, topping shrimp with a bit of shredded cabbage (or baby spinach leaves) and a drizzle of Sriracha (and extra bang bang sauce if you have it!).

If you have some green onions on hand, sprinkle those on top too.