I feel like I owe you a non-dessert recipe! I noticed the other day that it's been nearly three (!!!) months since I've posted a recipe that isn't a dessert. I have several recipes that I want to share, but just haven't gotten around to posting about them. The photos are on my camera, desktop, Dropbox, waiting to be shared and I just need to find time and get them all posted. I guess it's the sugary sweet recipes that catch my attention the most (not always the best thing)... and I suppose this recipe, while not a dessert recipe, is also one of them. But on another note, I'm really going to try hard and post at least one recipe a week!

While this is a meat dish, it has a slight sweetness (read: not overly sweet) to it will appeal to anyone that loves the savory-sweet combination. It's also a super fast meal that you can get on the table in less than half an hour. Just steam up some vegetables while the meat is cooking, and you're ready to go! I bought one of those steamer packs from the produce section where you just poke holes in it and stick it in the microwave. Joe's sister showed us them when we visited her a couple months ago and it was such a great idea that now I have a couple of them in the freezer. She also showed us how to steam sweet potatoes in the microwave, which would actually be perfect for this dish too!

I made several changes to this dish, but it is still very close to the original. I used corn-starch instead of flour to make it gluten-free and used a thicker pork chop (I like them more) instead of the thin ones. I also only had two pieces of pork, but kept the sauce increments the same-- I didn't have a ton of sauce left over but the pecans were piled nicely high. I, personally, didn't think the sauce was too much but you can reduce it if you'd like.

I'm looking forward to making this dish again soon and I hope you give this a try! I wasn't too sure how it would come out, but it was a nice treat. Sweet and savory folks, this one is for you! 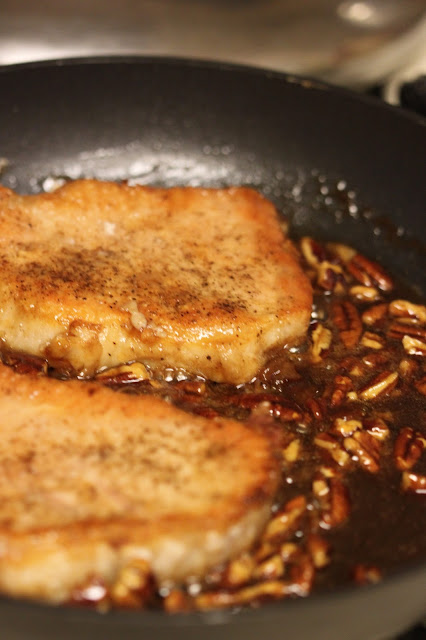 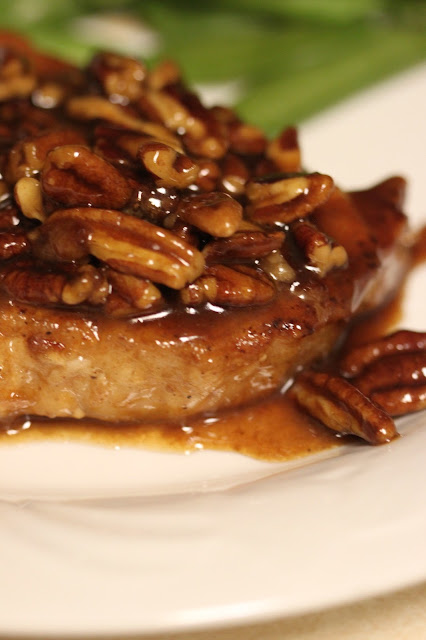 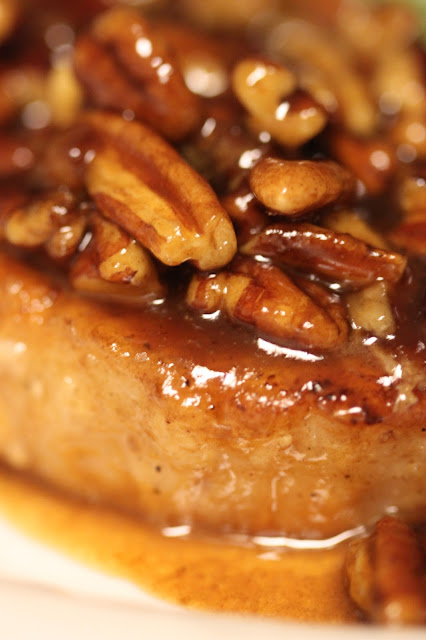 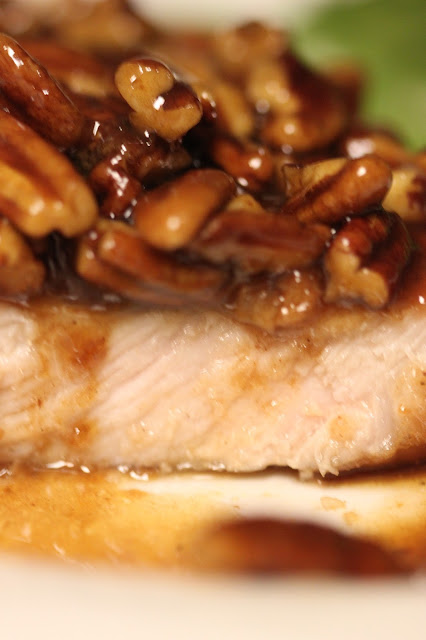 Stir together honey and pecans in another bowl. (If the honey is too thick, melt it in the microwave using 10-second intervals until it becomes runny-- do this before you mix it with the pecans). Set aside.

Melt butter in large heavy skillet over medium-high heat. Brown cutlets on one side, then flip to brown on the other side. After the other side is browned, add the honey-pecan mixture to the skillet and stir gently. Cover and lower the heat to a simmer for 7-8 minutes until the pork is done (about 145 degrees on an instant thermometer).

Plate the pork chops and spoon the honey-pecan sauce over the pork.