We have pasta nearly every week in our house, though it typically is turkey spaghetti because it's quick meal and one of the few dishes that Joe prepares. When it's my turn to make pasta, I usually opt for something a little different. The other day I made this Brie, Bacon and Basil Pasta dish that had us going back for more until there was hardly any for leftovers the next evening!

I had some brie that I didn't use from a party that I had at my house that I wanted to use. I found this recipe on Pinterest and immediately made it. It's like this dish was created specifically for me because it has some of my favorite things wrapped up into one meal: pasta, caramelized onions, brie, and bacon. And I added pine nuts for a little extra flavor and another favorite of mine. :-) One thing I didn't do was to remove the rind from the brie-- I thought perhaps it would melt into the sauce but it didn't and looked a little unappealing, so my suggestion would be to remove the rind beforehand.

This dish can be easily converted to a gluten-free dish if you can't eat gluten, which I did since Joe can't have gluten-- just use gluten-free noodles and check your ingredients. President's Brie Cheese and Boar's Head Bacon are all gluten-free.

One of these days I'll have to re-photograph this dish because they definitely do not do the pasta justice! It's times like this that I wish my photographer skills were better. Now that it's lighter later now in the evening, I'll have to try and get some better photographs. (Still have another round of brie in the fridge so it may come sooner than later!)

But seriously, if you like/love the ingredient list as much as I do, please make this dish! It's absolutely wonderful. 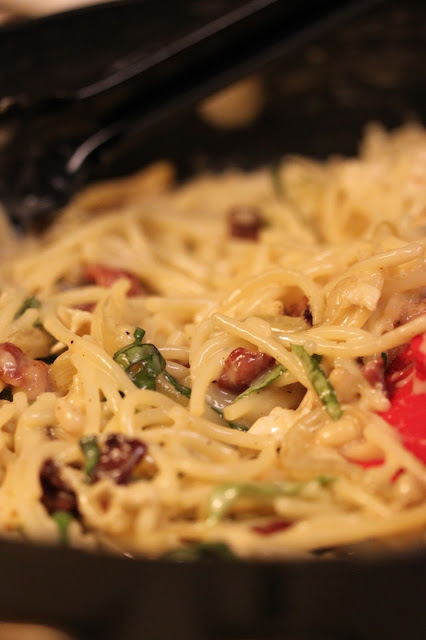 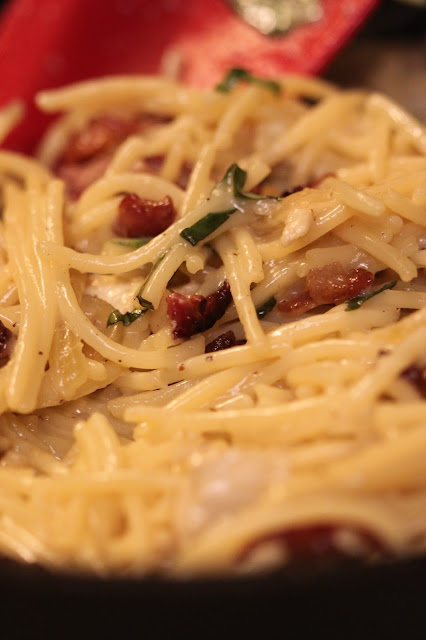 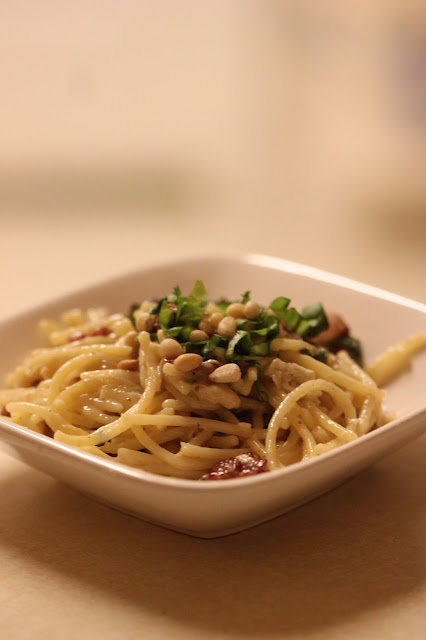 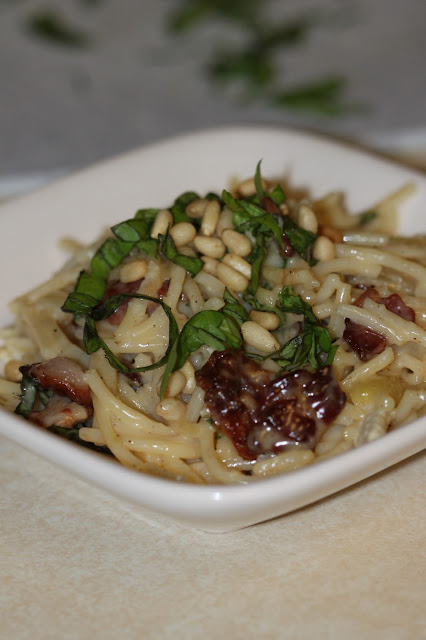 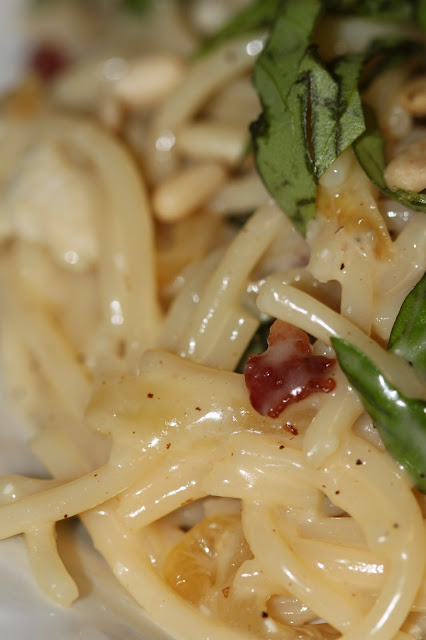 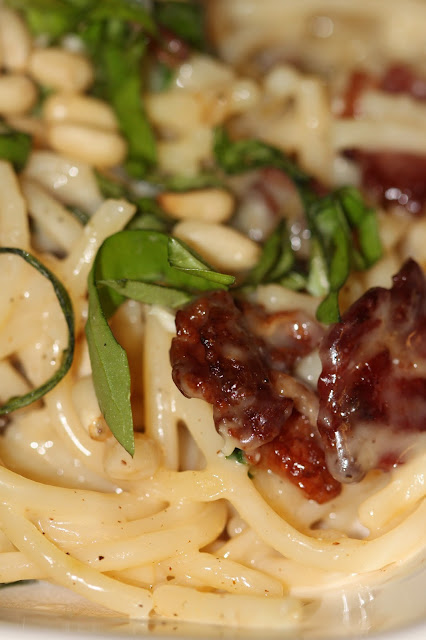 Bring a large pot of water to a boil and the cook the pasta according to the package directions. Reserve 1/2 cup of the pasta water before draining, then drain the pasta and set it aside.

Place the bacon in a large cast iron skillet over medium heat and cook the bacon on both sides until brown and crispy. Remove the bacon from the skillet and set it to cool on a paper towel lined plate. Once the bacon is cool, break it into bite sized pieces. (I sliced the bacon into cubes first, then cooked it.)

Add the thinly sliced onion into the cast iron skillet with the bacon grease and saute over medium high heat until the onions are caramelized, about 5 minutes (this will probably take a lot longer-- 15-20 minutes). Add the garlic and toss for about 30 seconds until fragrant.

Add the cubed brie into the cast iron skillet along with the reserved pasta water. Stir constantly until the cheese is melted and then add the cooked pasta and pine nuts to the mixture and toss to combine.

Add the basil and season with salt and pepper as needed. Top with extra basil and extra toasted pine nuts.