Happy Cinco de Mayo! I have such a great recipe that I've been waiting to share with you and I figured that Cinco de Mayo would be the perfect day. I originally made this back in the fall, but the lighting was so bad I wanted to wait to remake the recipe with better photographs.

Last year, my friend Maryann and I went to this fairly new restaurant here in Albuquerque called Zacatecas. After our meal, we split a Kahlua Flan dessert that was absolutely divine! It wasn't as egg-y as most flans, but had a more dense and creamy texture to it that I loved.

I originally made Emeril Lagasse's Kahlua Flan recipe to create this flan, but it was more of an egg-y flan than the creamy flan that I was looking for. Recently, I found Jam Hands' creamy flan recipe and decided to combine her recipe with Emeril's to mimic what I had at Zacatecas.

This flan is wonderful and I love the texture of it. The hint of Kahlua in the flan is great, and the Kahlua is a wonderful accompaniment. You can even drizzle more Kahlua on top of individual servings according to your taste. I don't find Kahlua to be too overpowering, so I love to drizzle more on the top!

I'm packing up this flan in about an hour to share with my family this evening at our Sunday dinner. What are you making for Cinco de Mayo? 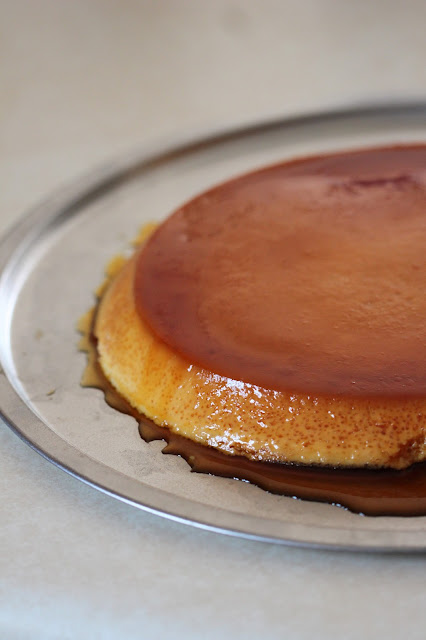 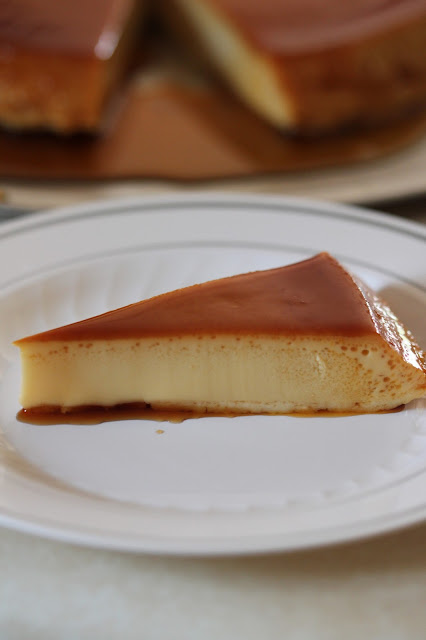 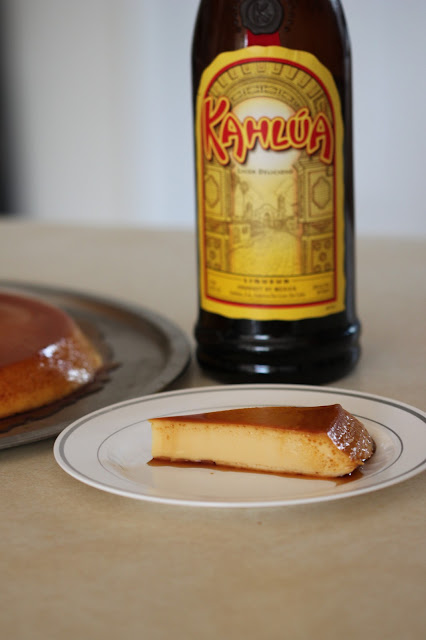 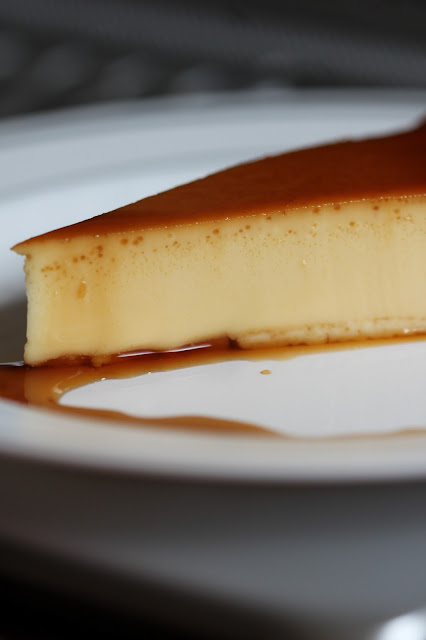 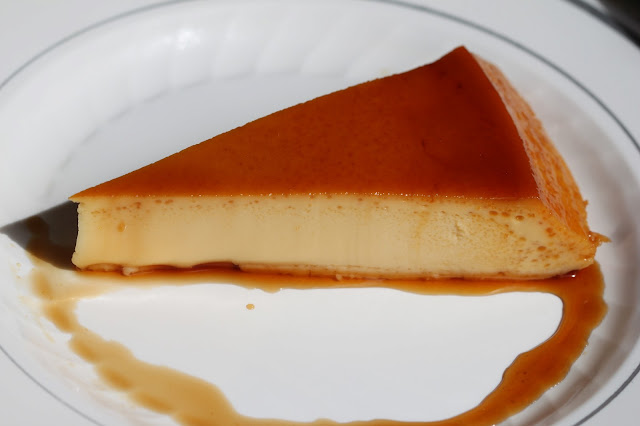 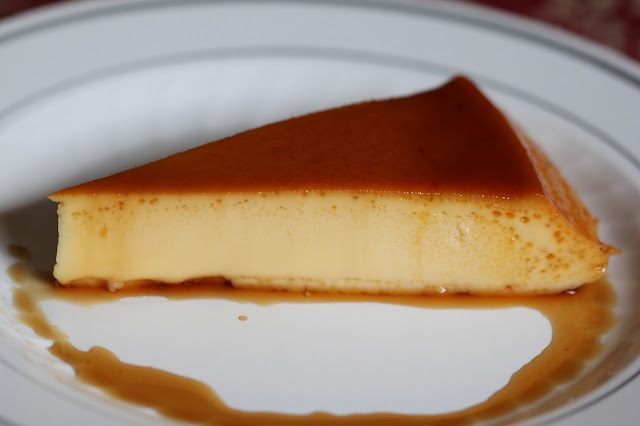 Preheat the oven to 350 degrees F.

In a small saucepan, cook the sugar over medium heat until it starts to melt. Lower the heat and cook until caramelized to a golden brown. (Do not stir or touch the sugar, but swirl the pan to melt evenly.)

Pour into a metal flan mold or 9-inch cake pan. Turn the dish and swirl to evenly coat the bottom. Let caramel cool and harden.

Place evaporated milk, sweetened condensed milk, cream cheese, eggs, vanilla, and Kahlua in a blender; cover. Blend until smooth. (Alternatively, you can do this using a mixer or a hand-mixer. Make sure to cream the cream cheese first before adding the eggs and other liquids so that there aren't any clumps.) Pour mixture into the dish (over the dissolved sugar).

Place the dish in a larger roasting pan and add hot water to come halfway up the sides of the baking dish.

Bake until set and just firm in the center but still jiggles slightly, 50 minutes to 1 hour 20 minutes. Let cool on a wire rack. Refrigerate until well chilled, at least 2 hours.

To serve, run a thin sharp knife around the rim of the flan. Place a platter or large plate on top of the flan and gently flip over so the plate is on the bottom.

Cut into wedges and drizzle with extra Kahlua to taste. Serve immediately.