Welcome to Day 1 of Pumpkin Week! This week, I will be sharing with you seven different pumpkin recipes! I originally wanted to do this last year, but because it was my first semester of graduate school, I wasn't able to organize and coordinate as well as I had hoped for. So this year I made an extra effort to get organized and bring you a whole week of pumpkins recipes!

Today I am sharing with you Pumpkin Pie and Nutella Brownies! This recipe is originally from Brown Sugar, who makes some scrumptious recipes of both the savory and sweet sorts. She is sassy and wants her readers to see how sexy cooking actually is! Please check out Brown Sugar's blog for more great recipes of hers!

These brownies are amazing! They literally taste like a pumpkin pie in a brownie! The nutella flavor is very subtle, but it adds more gooeyness and an extra layer of flavor. The original recipe calls for pecans, which you can add to the top before you bake, but I left them out. (Honestly, I just forgot to add them but the brownies were so good, we didn't miss them.) I also used Betty Crocker's gluten-free brownie mix and it worked perfectly. I absolutely love these brownies, you should definitely give these a try!

Please check back tomorrow and the rest of the week for more delicious pumpkin recipes!! 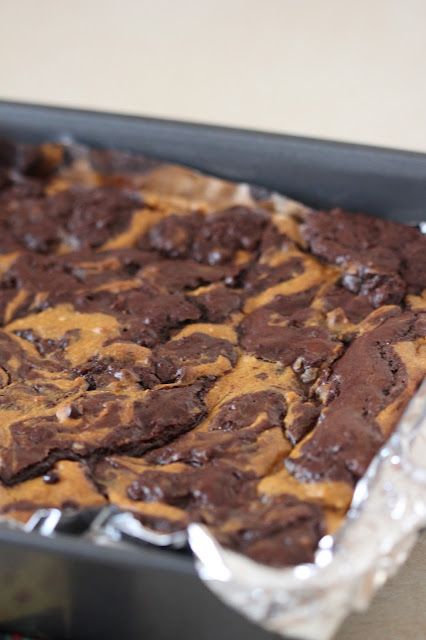 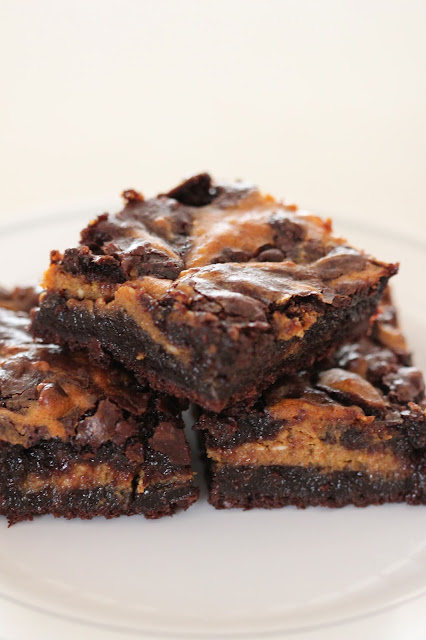 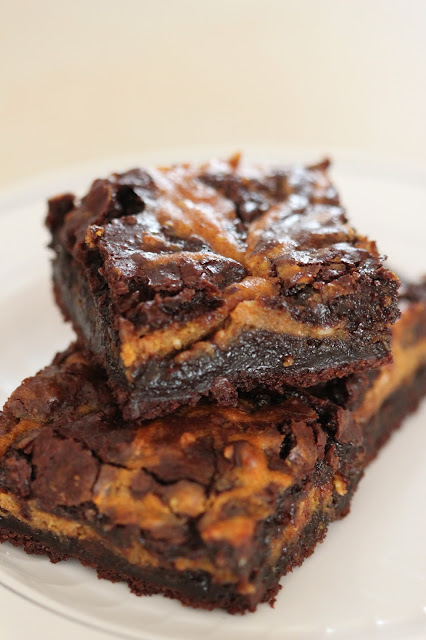 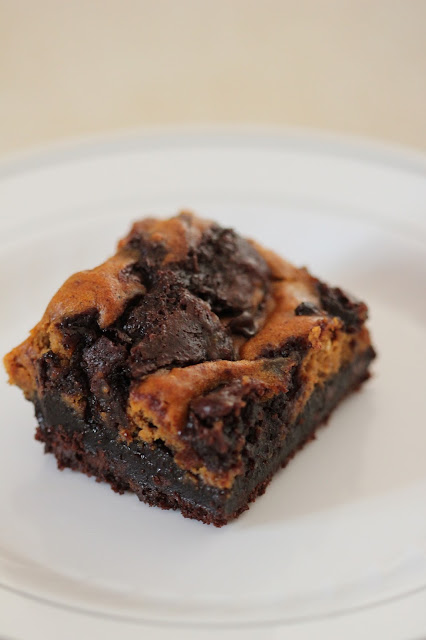 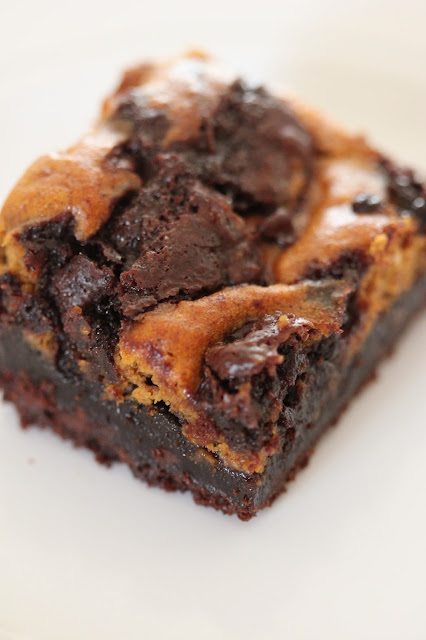 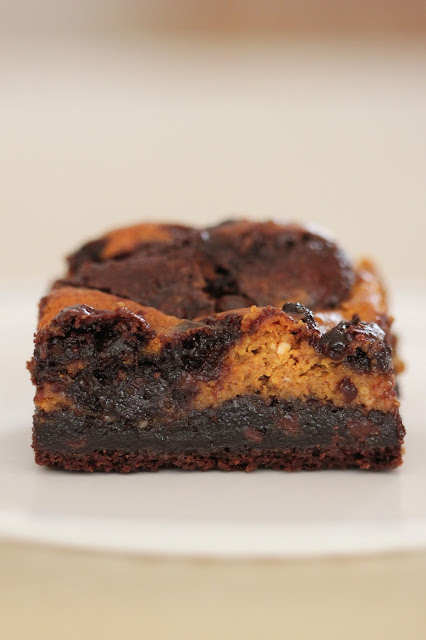 In a medium mixing bowl, beat the cream cheese with creamy. Add the pumpkin puree and beat together until well mixed. Add in the egg, sugar, cinnamon, and nutmeg and mix well. Set aside.

In a large mixing bowl, beat all of the ingredients (except Nutella) until well combined. Add in Nutella, and mix until well incorporated.

Bake in the oven 40-45 minutes. Cool completely and cut into squares. Store brownies in the fridge.