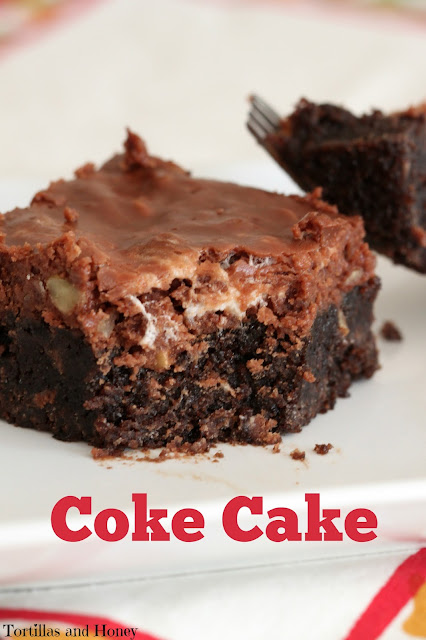 Welcome to the round-up of recipes for this month's The Book Club Cook Book Cooking Crew! I was hoping to get this post up for you all yesterday, but that didn't happen so this post is a day late.

This is book is a heart-wrenching and an uncomfortable book to read. Many people who participated read the book or may have read the book in the past, so I hope they liked this book selection. There were so many southern inspired recipes, I was delighted to see what everyone made and the creative twists they took! Please see below for a round-up of recipes and a little information on what each of these bloggers have created! I have so many new recipes that are on my list to make.

As an addition, I am also sharing with you another southern recipe-- Coke Cake! This isn't really a traditional Louisiana recipe, but it's one of my favorite southern recipes. I was introduced to coke cake years ago and it's one of my favorite cakes. It's a basic recipe that is easy to make and does include Coca-Cola! It's chocolatey and the soda helps give it a gooey carmelization texture that is incredible! Those that have tried coke cake, especially this particular recipe, have fallen in love with this cake. A few month's ago, I made this cake for a family gathering and they ate the entire cake! There was some crazed excitement when they tasted this cake, it was great!

I purchased the Back in the Day Made With Love cookbook several months ago and this recipe is a little different than the traditional recipe-- not so much in terms of ingredients, but with preparation method. I LOVED that it didn't have to be prepared on the stove. This recipe differs in that it uses dark cocoa powder, but the rest of the ingredients are the same as the basic recipe. This recipe also stresses using room temperature Coca-Cola, which I definitely agree with after making this one time with cold soda-- the texture was not the same. I also like that you sprinkle the marshmallows on top after baking the cake (I added extra marshmallows to cover the cake). Another important tip is to let the finished and iced cake cool to room temperature before sticking it in the fridge or doing anything with it-- I've noticed that it helps with the carmelization of the cake. Could be just my imagination!

So just when I thought Coke Cake couldn't get any better, Back in the Day Bakery introduced me to their recipe and I will likely only use their recipe for this day forward!!! Photos and recipe are located below the recipe round-up.

Round-up of Recipes Inspired by "A Lesson Before Dying"

Wendy from a Day in the Life on the Farm chose a Slow Cooker Chicken Gumbo to make for her recipe. She says that she read the book in only three days and decided to make gumbo as gumbo represents a change in Jefferson (the main character), when he finally accepts food and eats gumbo with his grandmother, Grant (his teacher), and Grant's grandmother. This is a pivotal point in the book.

Camilla from Culinary Adventures with Camilla was thinking about making bourbon pralines, but decided to go with this amazing Gluten-Free Bourbon Chocolate Chess Pie! Bourbon was accidentally added instead of vanilla, so a bourbon chocolate chess pie it is! Camilla also read the book and kept asking herself whether she was enjoying the book, but came to the conclusion that it wasn't a book that was meant to be enjoyed. "It's a moving novel that speaks to the act of letting go. It's about resignation with dignity, heart, and love. And it's haunting." I completely agree.

Ashley from Cheese Curd in Paradise opted for another southern inspired recipe, Banana Pudding Pie! This pie doesn't use boxed pudding and whipped topping-- rather the pudding (or "vanilla cream") is made from scratch and instead of whipped topping-- a meringue topping! This recipe sounds incredible and I'm completely sold on making this recipe!

Emily from Life on Food made Old Fashioned Tea Cakes as was suggested by The Book Club Cook Book. She described these cookies as a cross between cookies and scones, so it's not a very sweet cookie. This recipe makes about 5 dozen cookies and Emily states that she wishes she was able to do an in-person book discussion with the book club so that she can share some of these cookies!

Danielle from Mostly Food and Crafts also decided to make Old Fashioned Tea Cakes! She also described these cookies as not being too sweet, which she thought was a good think but found herself eating more because of it! So she plans on sending the leftovers over to her neighbors!


Erin from The Spiffy Cookie made Apple Pecan Praline Bread. This recipe looks absolutely delightful-- can you imagine the flavor combination of apples and pralines! This sounds heavenly. And because pralines are one of my favorites, I was especially excited to see this recipe.

Sarah from Things I Make (For Dinner) made this creative BBQ Pot Roast Over Cheddar Ranch Grits! Sarah actually read "A Lesson Before Dying" several years ago while she was in teachers college and cried for the last 50 pages of the book. I loved that she make a BBQ pot roast and paired it with grits-- this is a great comforting dish that you can put in the slow cooker!

Lastly, my selection for the month which I featured on my blog was Chocolate Cake with Praline Topping which is inspired by Louisiana pralines, which are one of my guilty pleasures. This chocolate cake is covered with a chocolate ganache and then topped with pralines. You can also use the praline topping recipe to make traditional pralines! Two recipes in one!!

Check out these other awesome bloggers who are participating in The Book Club Cook Book Cooking Crew, and check back later to see what recipes the bloggers were inspired to make!

Follow this project on social media with the hashtag #thebookclubcookbookCC. We'll be posting all of our creations to our Pinterest board. Here's the team, in alphabetical order with links to their homepages.

Giveaway
This month Wendy at A Day in the Life on the Farm, this month's host, is giving away a copy of the book.* Enter to win a copy of the cookbook so you can join us in future months, if you wish!

One of our lucky readers - US and Canada only! - can enter to win a copy ofThe Book Club Cookbook, Revised Edition: Recipes and Food for Thought from Your Book Club's Favorite Books and Authors by Judy Gelman and Vicki Levy Krupp, courtesy of Tarcher-Penguin. Giveaway runs from October 1st till October 31st at 4 o'clock PM, Pacific time. Please see terms and conditions in the rafflecopter widget below. Many thanks to Tarcher Books. You may find Tarcher: on the web, on Facebook, on Twitter, and on Pinterest.

a Rafflecopter giveaway
*Disclosure: Wendy received a complimentary copy of The Book Club Cookbook, Revised Edition: Recipes and Food for Thought from Your Book Club's Favorite Books and Authors by Judy Gelman and Vicki Levy Krupp as an opportunity to give a copy away. Opinions are our own. We received no further compensation for our posts. 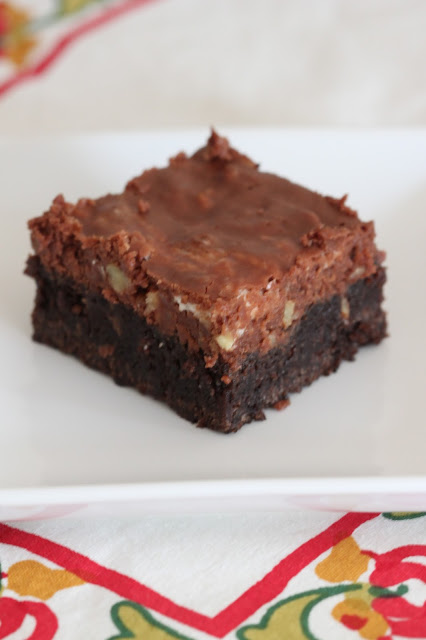 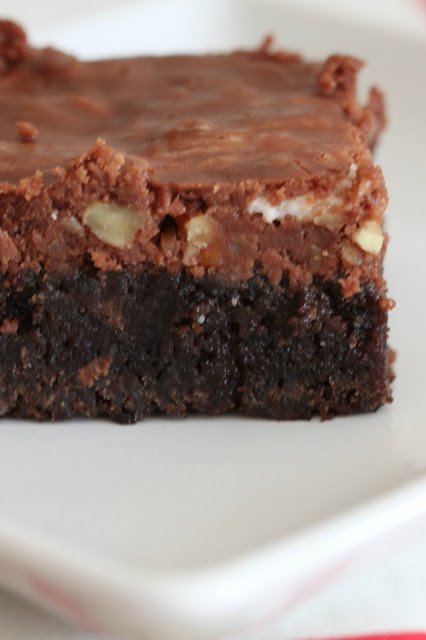 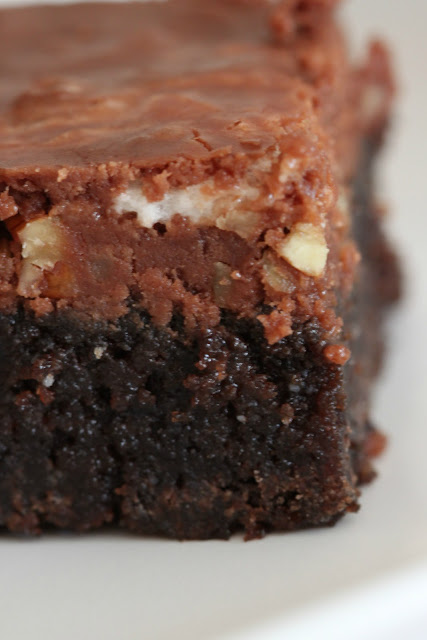 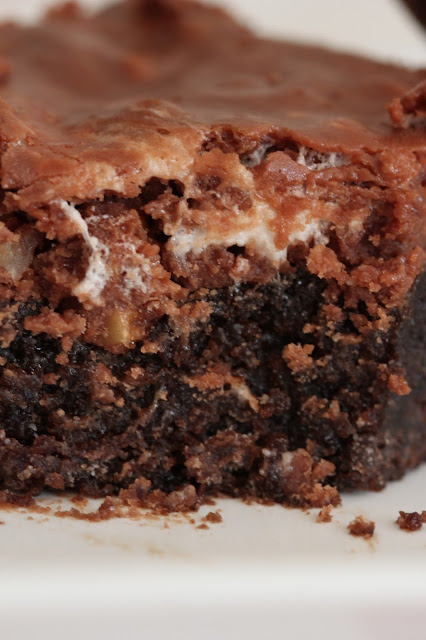 Coke Cake
from Back in the Day Bakery Made With Love

1 1/2 c. mini marshmallows (I used more so that it nearly covered the entire cake)

Sift flour, cocoa and baking soda together and set aside. In a small bowl, mix together the cola, buttermilk and vanilla. Set aside.

In the bowl of a stand mixer, cream the sugar and butter on medium high speed for 4-5 minutes, until light and fluffy. Add the eggs one at a time, mixing well after each addition and scraping down the sides of the bowl with a rubber spatula if necessary.

Turn the mixer to low and add the flour mixture in thirds, alternating with the cola mixture and beginning and ending with the flour. Remove the bowl from the mixer and scrape the bottom with a rubber spatula to make sure everything it incorporated. Spread evenly into prepared pan. Bake for 30-35 minutes, until toothpick comes out clean.

Scatter marshmallows over the top of the hot cake and return to the oven for two more minutes to get melty. Remove from oven and let cool on a wire rack.

Make the chocolate icing: In a medium bowl, combine the melted butter, cocoa, Coca-Cola and vanilla. Mix with a spoon until smooth and creamy. Gradually add the confectioner’s sugar, mixing until the icing is completely smooth. Fold in the pecans. Spread frosting over the warm cake. It will firm up as the cake cools. Store in an airtight container at room temperature for up to 3 days.