Peach season is now officially over and I forgot to post this recipe before apple and pumpkin season started! So here's your last tribute to summer eating with Paula Deen's wonderful peach cobbler! One of my old co-workers brought this dish in to work several years ago that she had made with peaches from her peach tree. It had such a wonderful sugary and buttery crust that I begged her for the recipe. Lo and behold it was a Paula Deen recipe!

Since acquiring this recipe, it's become one of my beloved recipes that I make every year when peaches are in season. This year my boss brought in peaches that she ordered from Denver and I saved them for this recipe.

I've changed the recipe a little bit from the original version-- converted self-rising flour to regular flour and adding in cinnamon and vanilla into the filling. There is another peach cobbler recipe of Paula Deen's that is similar to this recipe, but it looks like it's breadier with less sugar and butter. I haven't tried it, but I just stick with this one because I love it so much. 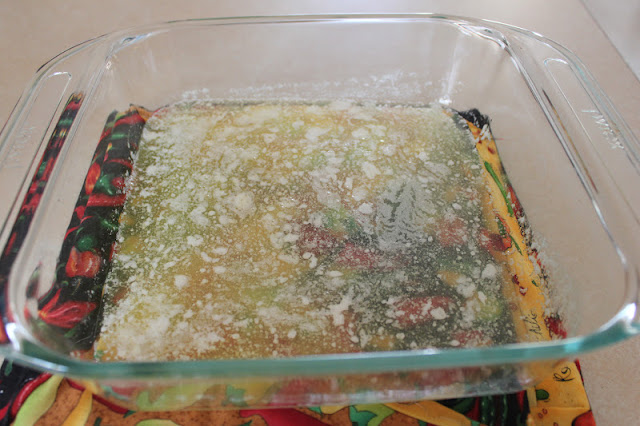 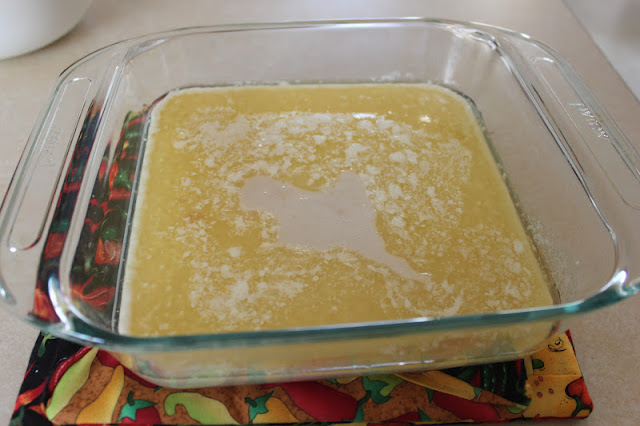 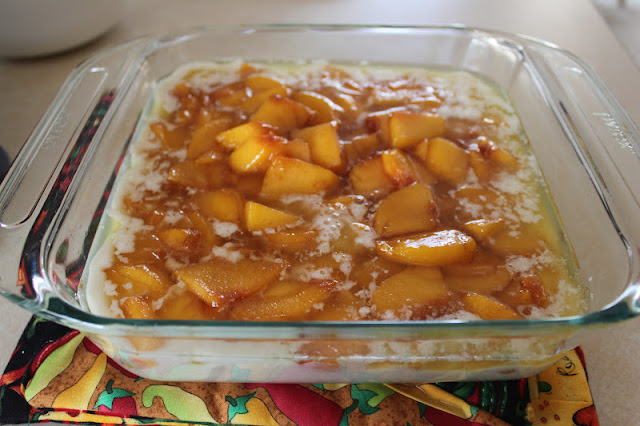 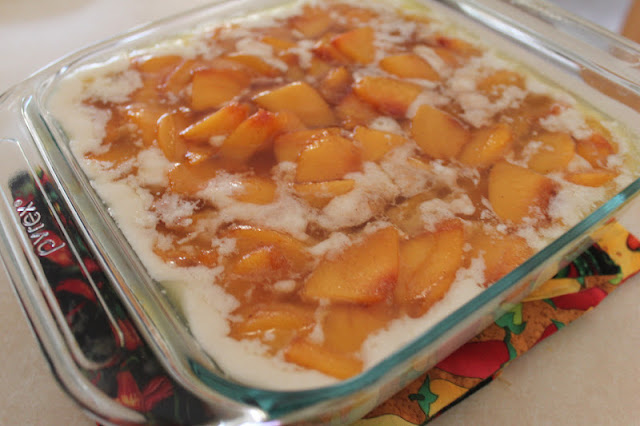 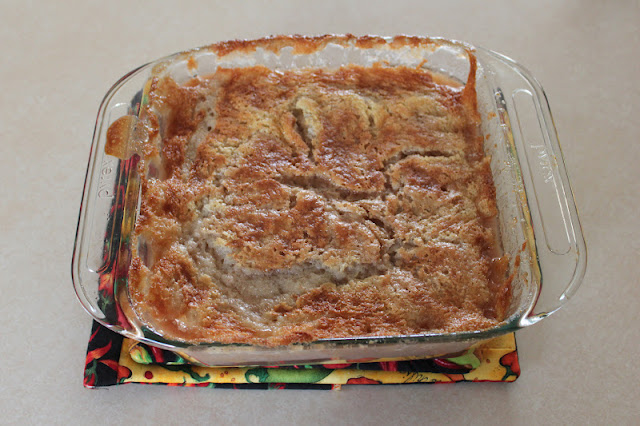 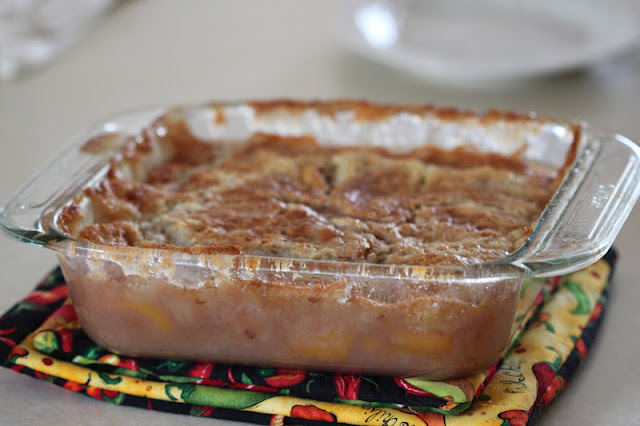 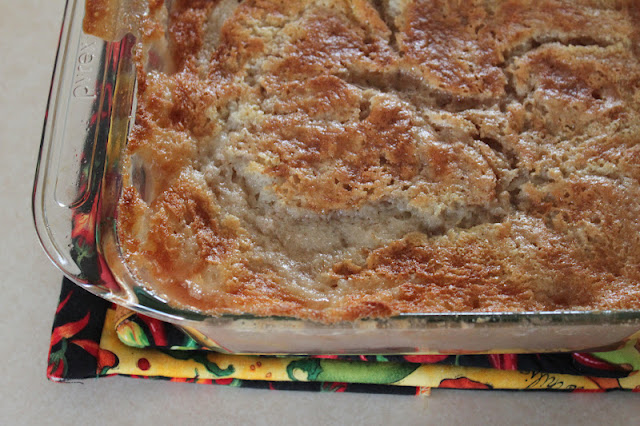 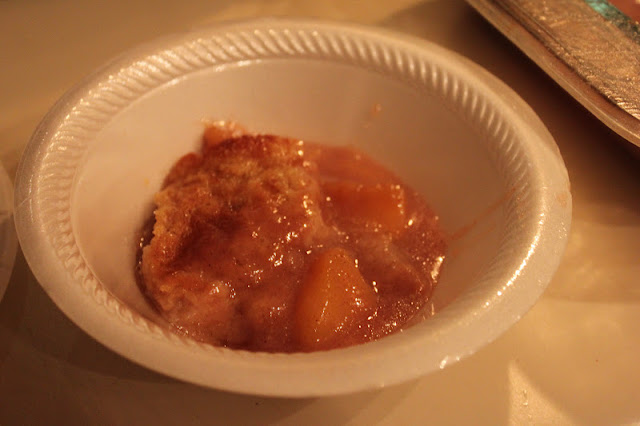 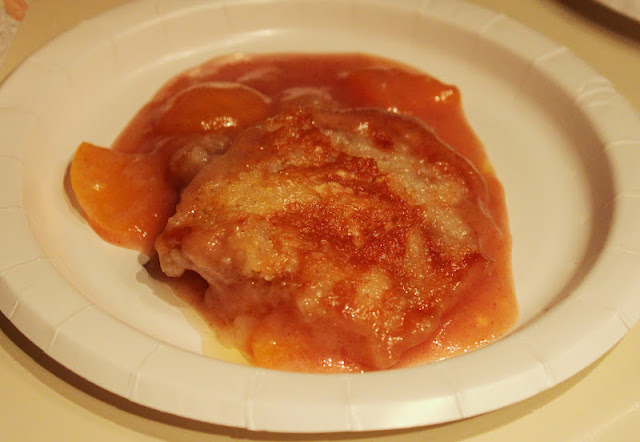 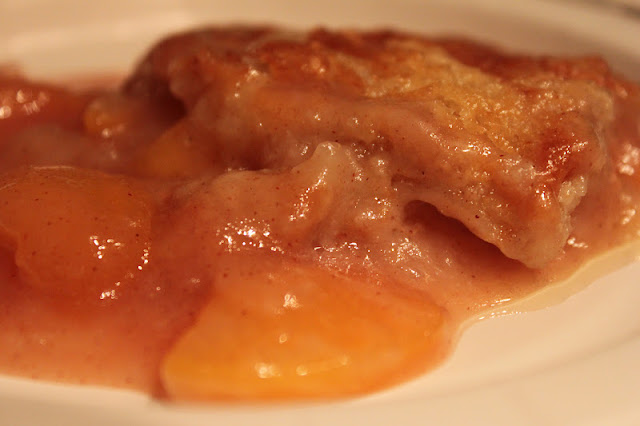 Combine the peaches, 1 cup sugar, and water in a saucepan and mix well. Bring to a boil and reduce to a simmer. Add in cinnamon and vanilla and simmer for 10 minutes. Remove from the heat.

Put the butter in a 2-quart baking dish and place in oven to melt.

Mix remaining 1 cup sugar, flour, and milk slowly to prevent clumping. Pour mixture over melted butter. Do not stir. Spoon fruit on top, gently pouring in syrup. Sprinkle top with ground cinnamon, if using. Batter will rise to top during baking. Bake for 30 to 45 minutes. (You might want to place the baking dish on top of a baking sheet while it cooks in case of spillage.)

To serve, scoop onto a plate and serve with your choice of whipped cream or vanilla ice cream.