Everyone I've shared these with love these too. I've taken these twice to Joe's softball games and the team absolutely devours them. They are a definite favorite!

You can make this recipe gluten-free. According to Hersheys, the peanut butter morsels and the mini Reese's cups are gluten-free. I also discovered the Rice Krispies cereal actually is NOT gluten free... it's wheat free but it contains malt flavoring which is gluten. So if you want to make these gluten-free, make sure you buy the gluten-free version that Rice Krispies have.

I didn't alter the recipe too much, with the exception of using gluten-free Rice Krispies, added more mini marshmallows (about two cups total), and only used one bag of mini Reese's cups (original recipe called for two bags... so if you want it LOADED, use two bags!). These changes are reflected below.

Peanut butter lovers, here's another one just for you! 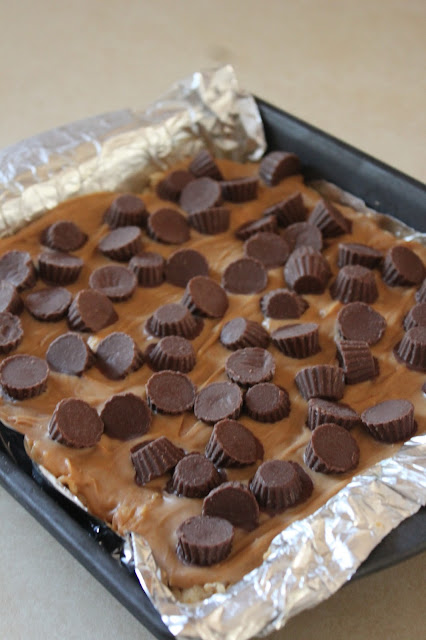 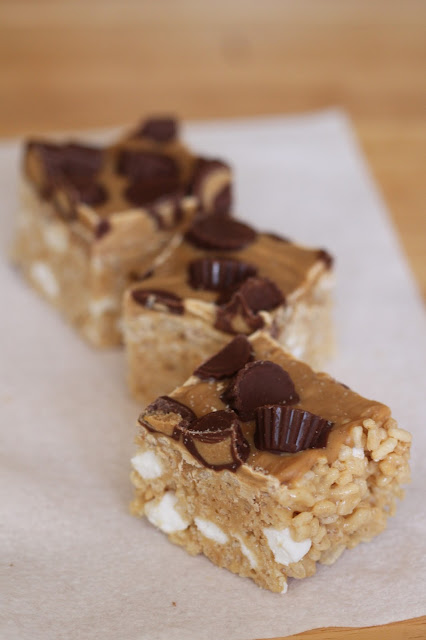 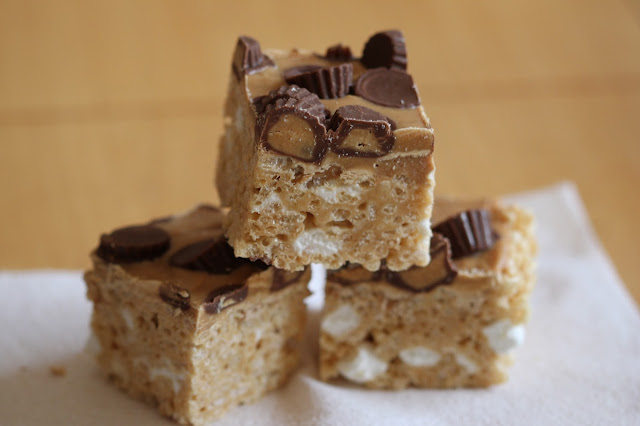 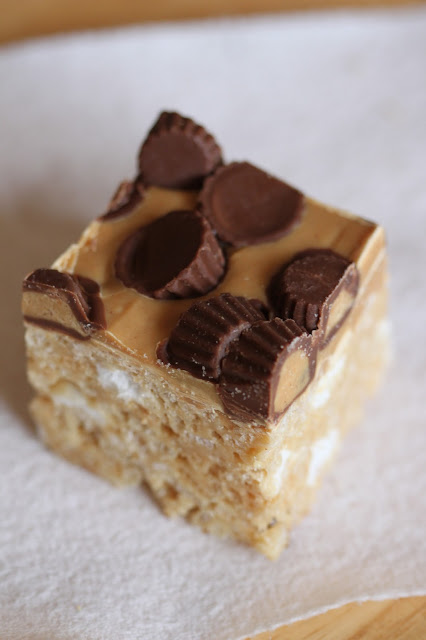 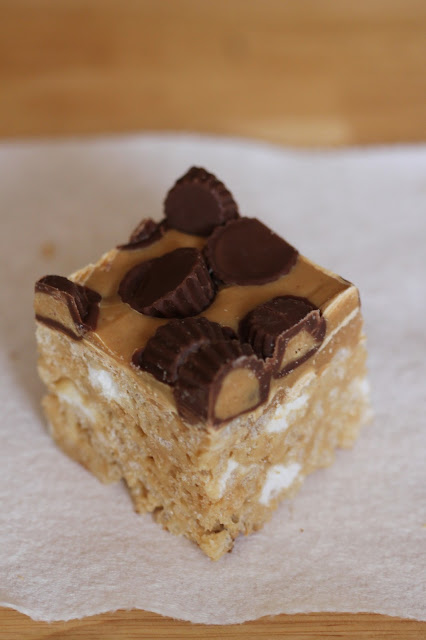 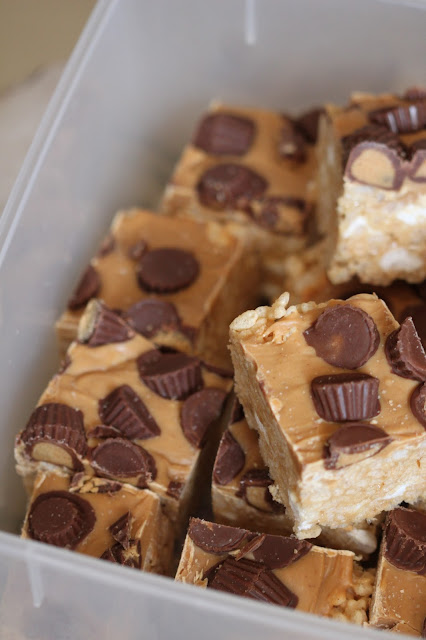 Line a 9x9 pan with aluminum foil and spray with non-stick spray or grease foil with butter.

In a large mixing bowl, add cereal and mini marshmallows and toss together.

In a large pot, melt butter over medium heat. Add marshmallows and lower heat. Stir until marshmallows are melted and the mixture is smooth. Remove from heat and quickly stir in peanut butter.

Quickly add the melted marshmallow mixture to the cereal mixture and mix well so that everything is well-combined. Pour the mixture into the lined pan and gently even out with a spatula so that the tops are even.

In a microwave safe bowl, add the peanut butter morsels and microwave in 30 second increments until melted and smooth. Quickly pour on top of Rice Krispie treats and smooth into an even layer using the back of a spoon. Allow to cool for a short bit but sprinkle the Mini Peanut Butter Cups on top before the peanut butter layer hardens.

Cool in fridge for about an hour, then cut into squares. Store in the fridge in an airtight container.